In August last year, I took a two - week trip to the Caucasus, which included tours to Georgia and Armenia, as interested in these countries. Although this was not my first trip to the South Caucasus, but the tour operator just struck me with highly prepared tour, they took into account virtually every nuance of my wishes, which I have mentioned previously in correspondence with the manager. Repeat this trip to the Caucasus has pushed me a desire to once again see the three Caucasian capitals. Although my tour was to Georgia and Armenia, at my request, a tour operator adjusted the program and added with a very small difference in price, the trip to Azerbaijan. In one word my journey was able to cheer! I recommend heartily.

I really had no idea about these countries, when first decided to make a trip to the Caucasus, in particular, it was combined tour to Georgia, Armenia and Azerbaijan. Frankly speaking, this trip is just totally blew my mind so it was amazing and wonderful. Now, if you've ever dreamed of a completely original journey, this trip to the Caucasus would be the performance of this dream .. It's like a perfect match, and everything that you see strikes you more and more! Although the three different countries, but they share a special warmth and cordiality of the residents, stunning countryside, and great nightlife of Tbilisi is just the ultimate dream! I recommend a tour to the Caucasus through the local tour operator.

Georgia in its ancient past represented a crossroad between East and West: this is clearly seen in the architecture and traditions of its people.

Georgia offers many beautiful places, monuments and UNESCO World Heritage Sites, as a region of Upper Svaneti, Gelati Monastery and Bagrat Cathedral, city-museum Mtskheta. In the tours of Georgia Tbilisi takes a significant part, which was built on the banks of river Mtkvari, with its attractive ancient center with narrow and winding streets, where you can admire religious buildings of different faiths, and sulfur baths of Orbeliani and an ancient fortress of Narikala.

Tours in Georgia attractive for its diversity, is the right destination of nature lovers for both mountains and sea, in the summer or winter resorts as Gudauri and Bakuriani.

Georgia – is a journey to the land of contrasts, where traditions have remained unchanged over time.
Old world charm of Georgia gives a special charm to the journey. Discovering of the natural beauty of a country that has so much to offer: green hills, adorned with antique single churches and cave cities, where the monks live, and where it seems time has stopped.

Ancient Georgian traditions accompany you also in the capital Tbilisi, the charming town of Caucasus, elegant and decadent, located in the hills, and in a city like Mtskheta, is a true spiritual heart of the country.
During the tour you discover the charm of the ancient Georgian places like Gori, Stalin’s birthplace, or religious complex Vardzia, carved into the rock and the city of Telavi, the main center of the eastern region of Kakheti.

Georgia is a destination of the travel for all those who love to discover the world and culture of the people with ancient roots. As a historical and cultural bridge between Asia and Europe since ancient times, here come to life characters from Greek mythology, who arrived here in the possession of the king Arête, of today’s Kutaisi, in search of the famous Golden Fleece.

Greater Caucasus mountains really have a great importance in shaping the climate of Georgia, as defending the country from the penetration of cold air masses from the north.
The coldest period in Georgia in January, and the hottest in July and August.

Georgia is particularly rich in mineral and thermal waters, there are more than 2,000 sources.
Flora and fauna of Georgia, is a paradise for nature lovers and botanists, characterized by great biological diversity.

According to the expert Wildlife Fund WWF, no country is so rich in flora and fauna as Georgia, given its tiny territory, with an impressive variety of landscapes, and finally impossible to find any country in Europe, which would retain its natural landscape in this original form. 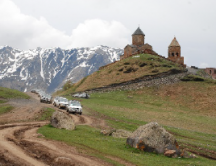 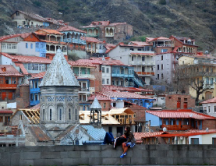 Tour in Georgia and Azerbaijan 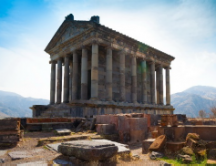 Tour in Armenia, Georgia and Azerbaijan 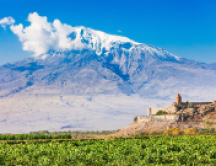 Tour in Armenia and Georgia 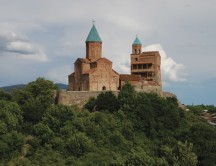 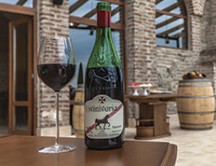 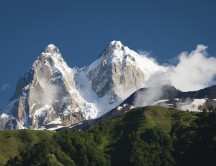 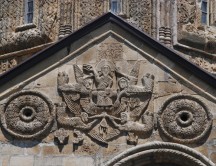 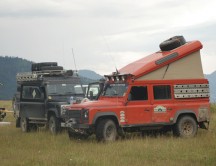 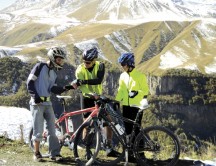